Service dogs (SD) need to be able to move in a variety of positions to be out of the handler's way and other people that may be around them.  A heel or loose leash walk near their handler is often the most important and sometimes most difficult to train.  Often training a heel becomes so important that people forget to train other positions for being able to direct the SD to an out of the way location in relation to the handler.  I use games to teach my dog to be comfortable in a wide variety of positions and put verbal or body language cues to direct my dog.  Early in the games stage, I try to figure out what might come natural for me to say or do when I want me dog to move to a specific position.  If it comes natural for me, it will be easier for me to be consistent in the cue and it will be effortless to do in public when our SD is fully trained.
This video shows a wide variety of positions Azul learned at a pretty young age.  I taught each position independently, then put them all together for a fun focus building game before we went into a public location for PA training.  I always make a habit of allowing my SD to sniff and potty if needed before going inside a public location.  Then I ask for a few quick positions to make sure he is focused and ready to work before going inside.  When we shot this video, we had another SDiT (Service Dog in Training) with us who needed a few extra minutes of sniffing before entering so we played our position game to help Azul stay in focus for the training session.  The boy in this video is one of Azul's favorite playmates so he is intentionally causing a distraction for Azul so that I can practice working around distractions.

When walking in a heel, I will typically have Azul on my right side.  But sometimes there may be something unsafe or too distracting for Azul so I need him to switch to my left side while we are moving.  I use the cue Switch for this and taught it with a hand target that started behind my back and moved to the side I needed him on.  Along with Switch, we use Follow which means to walk right behind me, commonly when we are moving thru a narrow passage. 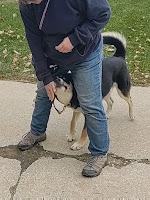 Under my legs is a position we use mostly in fun and games, but it comes in handy if we are in a crowded area such as waiting in a line.  I make this an exciting place to be with tons of reinforcement available; treats, tug, praise, etc.  This position becomes a default position so if Azul is scared or not sure where he should be, he quickly moves into this default position.  And currently I'm added this to his recall cue so that when he comes to me away from a distraction, he will run through my legs.

Along with the under position, we work on Azul paying attention to the leash and backing out of position so he doesn't get tangled or trip me.  Since I mostly use a handsfree leash when Azul is working as a Service Dog, it's super important to me that he knows how to prevent leash tangles.  This is easiest for us when Azul walks forward into position and backs out of position.  He can be facing me or facing my back.  We also practice holding this position while sitting, standing, and laying down.  The body cue is simply spreading my feet apart for a wider stance.  At first I made deliberate movements with sound, but now a subtle move is all it takes.  We also practice walking forwards and backwards in this positions. 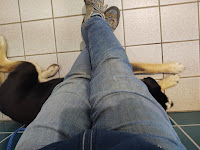 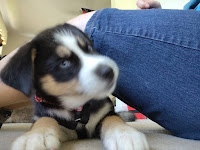 Another common position is a Tuck Under my legs while I'm sitting down.  This is most useful in waiting rooms, restaurants, and locations where we expect to be sitting on a chair or bench for a period of time.  I taught this to Azul at a pretty young age by using a food lure to get him into position several times, then also reinforcing it whenever he offered the position.  This position can vary to fit the seat your sitting position.  If I'm sitting in an open chair, Azul can back into position with his hind end under the chair and his head and front legs between my feet.  He can also go under 2 chairs long ways if we are going out to eat with family so he's completely under chairs instead of taking up feet space at a crowded table.  Or we also use this position under a table in a booth so that other people are not accidently kicking or stepping on Azul.

This video was recorded during a fun refocusing Position Game at a fairly crowded store.  If Azul is distracted and I need to get him to refocus, we can find a quiet aisle or corner to play this fun game to help him refocus.  The game is designed to rapidly move through several learned positions at a quick rate with lots of reinforcement.  I use hand targets to teach most of these positions, and often use a mix of verbal cues and hand targets during the game.  We always start and end the game in a heel position, then change up the order of the positions I ask for.  This video starts in a heel, does a quick spin and spread of legs for the under position cue.  The mistake I made, is that I didn't wait for Azul to finish the spin before giving the body cue for under so he missed it and I give it a second time.  As he backs out of the under position, I spin and start walking again which implies that he should get back into the heel position.  When he is ready for the next move, he looks up at me to see what's next.  At this point I give him the follow signal and start backing away from him quickly.  This tells him to spin and follow me quickly and we can use this if I see something unsafe or a distraction heading our way and I want to quickly get out of the way before Azul loses focus.  Once we've moved out of the way of a possible distraction, I will start moving forward again which is an automatic cue for Azul to return to the heal position.  This video was recorded with the help of another team, so you may see another dog head appear briefly.  This somewhat represents a distraction we quickly can escape from, but this dog is part of a team that we train with regularly so it's not distracting Azul at all.
By Yooper Paws of Love
Email ThisBlogThis!Share to TwitterShare to FacebookShare to Pinterest
Labels: Service Dog Info 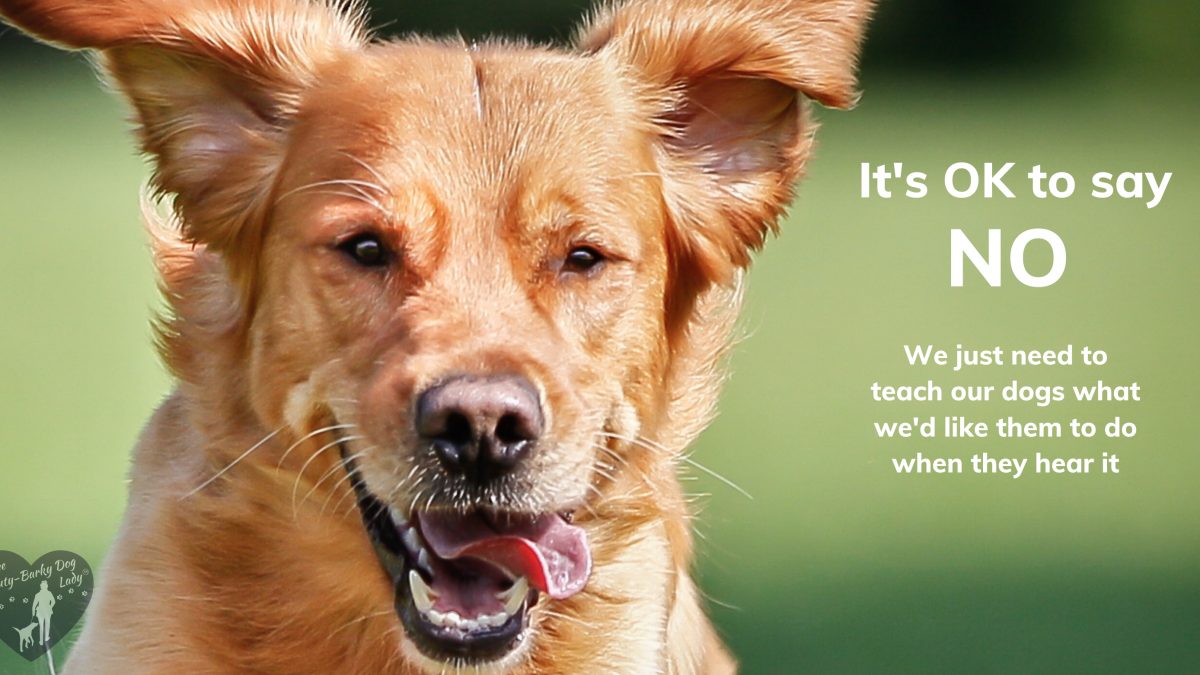